Use Insurance Like a Pro: Avoid Surprises and Get the Most from Coverage When a Claim Arises

Customers and general contractors shifting “all risks” to sub-contractors has become common in “boilerplate” agreements.  It’s all fun and games until someone gets sued. Do you have the right insurance to cover the risks? What happens if you don’t? What are your options when the carrier is less than 100% on your side?  Come learn what to look for in contracts, when buying insurance, and when tendering a claim to your carrier. 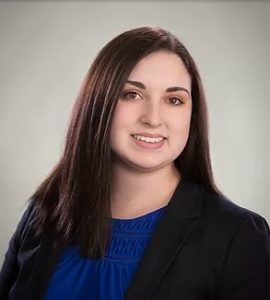 A Buffalo native, Ms. Ewell thrives on solving problems for clients. During law school she was a member of the University at Buffalo Trial Advocacy Program, competed in numerous national trial competitions, and advanced to the semi-finals in the Peter James Johnson National Civil Rights Trial Competition. At graduation, she received a Connelly Award for outstanding performance in trial technique. She also was a Publications Editor for the Buffalo Law Review, worked as a faculty research scholar focused on corporate fiduciary duties, and served as the Vice President of the Finance and Law Society.

Before joining Wilder & Linneball, she interned with the Hon. Richard J. Arcara, United States District Court Judge for the Western District of New York and worked as an attorney at a boutique litigation firm in Buffalo, New York.  She also gained a wide variety of legal experience as an intern with the New York State Attorney General’s Office and as a summer associate for in-house counsel at a publicly-traded utility company.

Ms. Ewell is a Director for the Graduates of the Last Decade Group of the University at Buffalo School of Law’s Alumni Association and volunteers with Erie County SPCA’s Paws for Love program. In her free time, you will usually find Ms. Ewell exploring nature trails with her rescue dog, Donald.